Rachel and Daniel are a special couple. Daniel flies fighter jets for the Air Force and they are currently stationed in Italy. After we visited several Santa Barbara wedding venues, Rachel decided that the gorgeous and historic Four Seasons Biltmore was her favorite Santa Barbara wedding location.

The wedding day began with a rare downpour that later turned into the most spectacular afternoon bathed in California sun. Their wedding ceremony was held on the hotel’s stunning lawn amidst palm trees and towering mountains. After Daniel broke the glass, the couple was serenaded by Daniel’s Air Force friends with the customary Saber Arch. As the sun began to set, guests enjoyed cocktails on the terrace of the hotel’s private club overlooking the Pacific Ocean. The USC Trojan Marching Band made a surprise appearance – which even delighted the UCLA fans who were present. Another fun surprise was the replica of Daniel’s fighter plane made entirely of ice. Long after an amazing meal and a fun ice cream sandwich station, pizza was delivered to the dance floor as the guests danced late into the night. 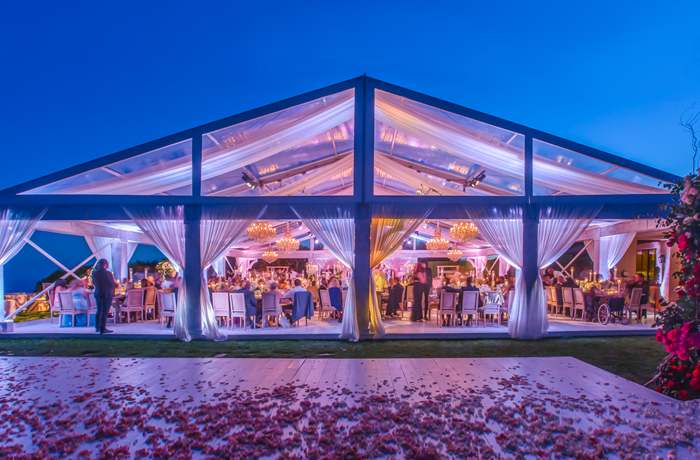 Classic and elegant Malibu wedding at a private hilltop home.  A clear custom tent and hand-painted flooring created the most lovely and magical setting. 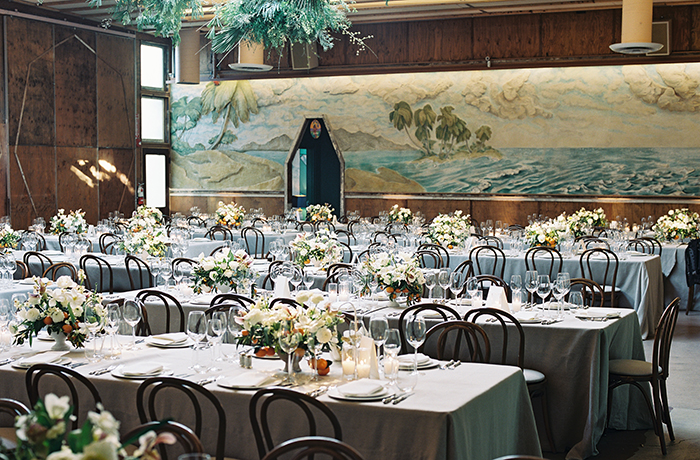 Original and eclectic wedding at a unique and storied wedding location was a perfect venue for this creative and fun couple. 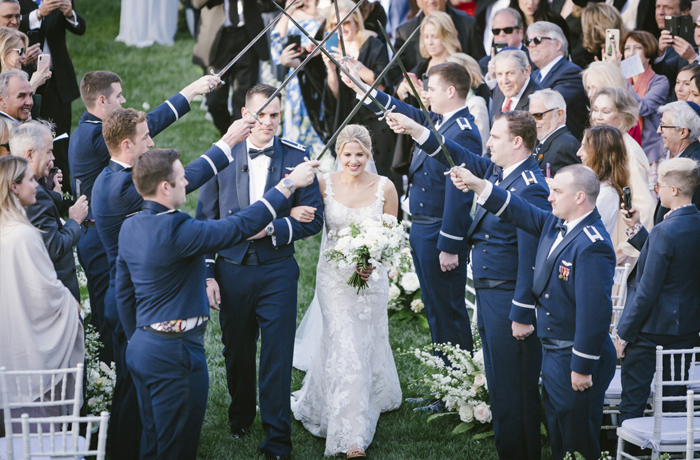 A lovely Southern California wedding that combined the best of The Four Seasons Biltmore and their beachfront club.